After a successful collegiate career at U. of Texas El Paso, Gerina turned Pro in 2007. She may also look familiar from her appearance on the Golf Channel’s “Big Break” program. The sight of this beauty crying her eyes out in disappointment after a miserable round on the final day of Olympic competition reminds us we should always be available with a shoulder to cry on!

Suzann is Norwegian but plays mainly in the states on the LPGA Tour. She has been ranked as high as #2 in the world golf rankings. Let’s all just take a minute and  remember that face, yeah, I said that face!

Victoria is 29, Brazilian, and a rather good golfer. Not to shabby to look upon either! We will follow her carreer with great interest. Maybe she’ll be chosen for the next Body Issue of SI. We can only hope.

Sophie is a golfer. You can tell because she is holding a club across her shoulders. Sophie has been named one of the 10 Sexiest Golfers Of All Time by various publications that do that sort of thing. At least I think she plays golf. A google search gets you nothing but pictures of Sophie nearly nude. Not that we are complaining mind you. 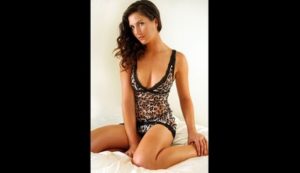 Sandra is German but attended the University of Florida. Yup, she’s a Gator. Won some NCAA tournys and got All-American honors but qualified for the LPGA tour before she graduated so she quite the UofFl team but still graduated with her degree while playing on tour full time. Smart too!

Russian! Did you have any idea they even played golf in Russia? We didn’t! But, this beauty had to learn somewhere we guess. Question: Where does Maria Verchenova play golf? Answer: Anywhere she wants to!

More That Will Interest You

Our Favorite Golfing Couple and Their Favorite Candidate

From The Broadcast Archives